Mature Prayer Warriors Seek God’s Help To Fight Their Battles On Their Behalf! 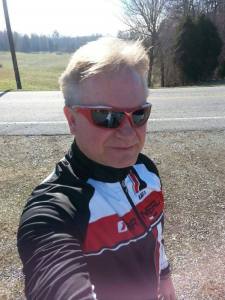 MATURE PRAYER WARRIORS SEEK GOD’S HELP TO FIGHT THEIR BATTLES ON THEIR BEHALF!  Ps. 24:8…. Who is this King of glory?  The Lord strong and mighty; THE LORD MIGHTY IN BATTLE.  King David wrote this Psalm.  No man that ever lived was more skilled in battle than King David.  David’s understanding and wisdom was the key factor that brought him victory after victory.  David had a revelation that “KINGDOM VICTORY DOES NOT COME BY

ACCIDENT!  David realized that Kingdom victories were not won by man’s wisdom, strength or might.  First, David understood WHO HIS ENEMY WAS!  He knew that MAN WAS NOT HIS ENEMY!  He totally had a revelation that Satan and the rulers of darkness was his foe.  David was completely aware that EVERY MAN is always under the influence of spiritual activity.  Romans 6:16…  Know ye not, to whom ye yield yourselves servants to obey, his servants ye are to whom ye obey;

whether of sin unto death, or of obedience unto righteousness.  David realize this truth.  That every second and every moment all men are always under influence to the greater realm, which is the spiritual realm.  Either man is being inspired by the Spirit of God or he is under the influence of the Spirit of this world.  Man was created by God to be under influence.  Therefore, he understood clearly that when men, cities or nations would rise up and try to destroy the truth of God. By attacking his chosen

people it was a manifestation of Satan influencing the heart and minds of men.  Yes David’s apparent enemies were under the influence of Demonic powers.  David was aware that these enemies were under the influence of Satan’s power and they where not aware of it.  Thus he was fully aware that his enemies were stronger and more powerful than he was.  He also knew that he did not have the proper battle plan to defeat his enemies.  That’s were David’s heart was so wise.  When he was confronted

with impossible situations.  David would seek and call out on the Lord for his wisdom and help.  He would ask the Lord to help him and fight his battles for him.  David knew that the battle was not his, but THE BATTLE WAS THE LORD’S.  David was aware of the fact that God did not want him to try and fight the enemy in his on might, power or wisdom.  But the Lord wanted David to seek him and pray for his divine wisdom, intervention and deliverance.  David won his battles as a result of a

man walking in intimate relationship with Almighty God.  David loved to seek the Face of the Lord for his help.  He knew that God would give him instruction for his part of the battle plan. He also knew that if he would be willing and obedient to God’s instruction.  That God would arise and do in his life only what God himself could do for him.  David realize that of himself he could do nothing to bring victory.  That’s the reason he was such a great man of prayer and praise.   The Lord so loved David that he call him A MAN AFTER HIS OWN HEART.

Previous post: Jesus’ World Is In The Invisible Realm Of The Holy Spirit!